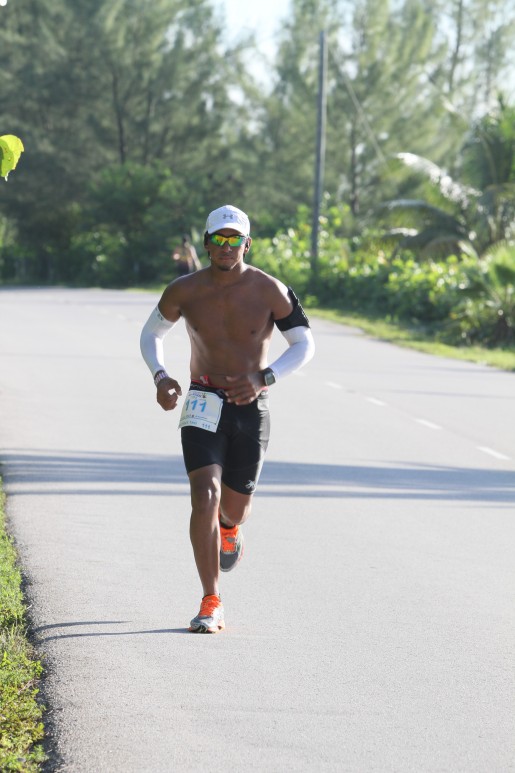 Of all the prizes won at the Intertrust Cayman Islands Marathon last week, the most unexpected probably went to Marlon Crowe Jr., the winner of the Caymanian Compass ‘Strike a Pose’ competition.

As marathon runners passed through the Caymanian Compass paparazzi waterstop on Walkers Road, our photographer Chris Court snapped each athlete as they showed off their best pose.

Over 1,000 photos were taken and all can be seen on the Caymanian Compass Facebook page facebook.com/caycompass .

The Compass waterstop was one of many that entertained the runners and kept their spirits up in the burning morning sun. The waterstop competition was won by the Indians and the Red Cross were second.

A grateful Crowe, 24, said: “I’m surprised I won. I’ve never won anything in a competition before. “I was tired when I posed because it was on the second loop, near the end and that was all I could manage.”

He finished in 4 hours 29 minutes 37 seconds in a lot of pain from cramp but at least he had the satisfaction of completing the 26.2 mile race. He collected his camera from Cathy Church and Compass executive Joanna Maddison the next day and is enjoying using it.

“I’ve taken some pictures around the house and I’m looking forward to getting some shots on the beach now,” Crowe said. “I love it.”